Although June gloom has descended upon Southern California, the mood was anything but gloomy during Sunday’s Word Cup Warm Up tournament at the Long Beach Bridge Club.  Thirty-nine competitors lined up in five divisions with Jem Burch, Brian Nelson, Leo McKenna, Paul Rickhoff and Maxine Marcus taking home the top prizes in Divisions A through E respectively. 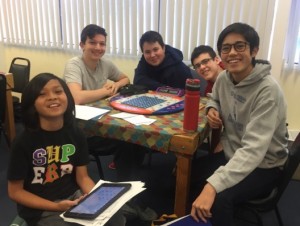 It was especially spiriting to have five players under the age of sixteen competing in our tournament including first time tournament competitor Camden Sermona of San Diego, who walked away with “high word” in his division, tossing down WINTERS for 85 points.  And although the match wasn’t captured on camera,  the ten-year old Sermona, facing off against the 98 year old Desiree Engel was an epic battle of youth versus experience, with youth prevailing (this time) 342-317 for the youngsters’ very first tournament victory!

Paul Rickhoff once against assisted us as our co-director, and during the awards ceremony, Joanie Scafuto snapped some great pictures of the winners including: 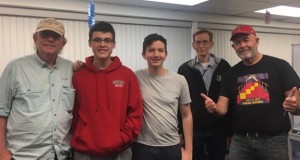 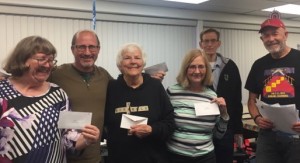 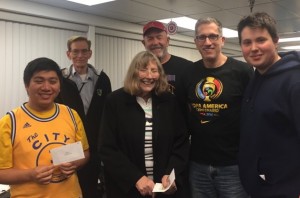 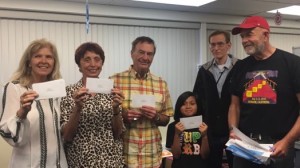