From Deborah Baggett:
After weeks of nearly constant rain, the California sunshine returned just in time for this single-day tournament.  Hosted by Betty Alexandra Toole, sixteen players enjoyed potluck lunch, a view of The City and excellent competition. 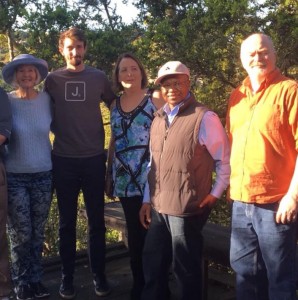