Mary Stevens brought pictures, t-shirts, and a decades-old custom board given to her by Joan Mocine’s sister.  The mementos were dispersed among several of us and will be further dispersed over time.  We played a 19-game tournament while enjoying good companionship among the old friends who remain with us.   Bruce Ward won the Collins division, Norases Vesdapunt won the other one.  Tournament results are posted at “Past Tournaments”. 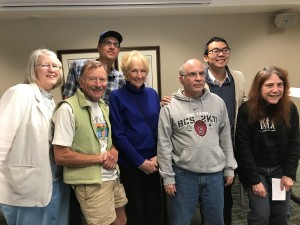 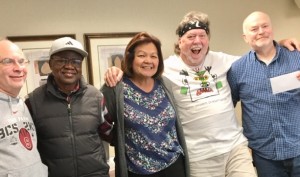 Bennett with the Collins winners

← A Great Day in Loveland
WGPO thrives in Eagan, Minnesota →