WGPO conducted a survey in late June to get feedback on ways that we can be a more inclusive and welcoming organization. We also wanted to know if individuals had experienced any harassment or discrimination with respect to race/ethnicity, gender, gender identity, sexual orientation, or other protected status.

The results are summarized here:  http://wordgameplayers.org/wgpo-inclusiveness-survey-report/

The Portland Labor Day Weekend Scrabble® tradition continues. The 31st annual tournament will be virtual on ISC and we will all meet in person for the 32nd version in 2021. Entry is free. Win Portland and Oregon related fun prizes. Win a paid entry to the 2021 tournament.
Information at: https://drive.google.com/file/d/1C-6LoQejMrVrErCmvuPA0EtBxwNh1fVq/view?usp=sharing

WGPO has created a short survey to solicit member feedback regarding whether WGPO should remove certain slurs from their wordlist. This survey will be open until August 14th, and will be used to narrow down options leading to a binding referendum later this year.

Check your email for more information about how to complete this membership survey.

The WGPO Board of Player Representatives (BPR) and Executive Committee (EC) met this afternoon to discuss the recent decision by NASPA and Hasbro to remove slurs from their North American tournament wordlist. Here is a short summary of our discussion.

Our bylaws clearly state that any “change from the existing primary official tournament word list, and any subsequent editions of it, to some other source shall only be made by a referendum of the total membership” (Article VI: Section 6). This means that if we take no action, our organization will be using an expurgated wordlist with slurs removed when WGPO tournaments resume. Because of the primary importance of the wordlist and our mission as a player-run organization, both the BPR and EC feel that it is important for our membership to be at the center of our decision-making process regarding updates to the tournament wordlist, culminating in a binding referendum later this year. Here’s how we expect this process will unfold:

We will develop a short survey to hear from the membership. Look for this survey to be sent out in the coming weeks. This survey is not the binding referendum, and is instead meant to get a sense of what our members think about a range of possible options. The BPR will use this survey to guide future conversations, and narrow down the possible options to carefully create a clear and credible referendum for the membership to vote on. This binding vote will be run according to our bylaws and start no later than December 1st, 2020.

Many of you have very strong opinions regarding the lexicon, and we look forward to hearing from you in our survey and in other formats.

Our Scrabble® community lost a pillar last month.  Jim’s tournament career began in 1980.  Although he played few games outside of Arizona, he left a real legacy.  I was privileged to play a number of games against him, and can agree wholeheartedly with the tributes which follow. 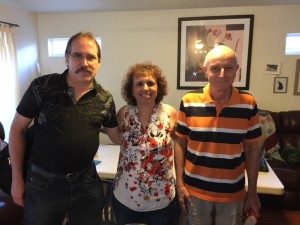 From Larry Rand: Jim was one of THE nicest Scrabble® players that played the game.  At club and tournaments, Jim was always one of the first to arrive and last to leave.  He set up tables, and chairs, all without a peep.   You never knew if he had just won a game, or lost it.  The perfect gentleman!   Jim was helpful to everyone.

Jim played in the third Grand Canyon tournament 11/4/83.  When you run out of space there, please visit Wordgameplayers.org. the second line header near the top, “schedule and ratings.”  “Open all ratings.”  “click on #212 and click on Lamerand to open history.

Anytime Barbara or I would have a computer problem with, for instance, downloading a new word list, Jim would come to our house almost immediately.  Whenever we had an open house, Jim would bring a homemade dessert that his mother prepared!

One of the “good guys” has passed away.

Jim Lamerand passed away on June 18.

Jim was a long time Scrabble® player in AZ, dating back at least to the early 1980s and one of the nicest players in the game.

Jim was always a role model for me and others in terms of his attitude.  Win or lose, he was always the same congenial, positive, laid back person.  He never uttered a negative word about anyone. Jim was also a programmer and created one of the first electronic word judges called Word Check back in the 80s.  I recently found a copy of it on an old computer (see message from Mike Baron for more information on this).  Jim was also known to help a lot of people out with their tech problems and to create a custom word list for you. All you had to do is ask. He even made housecalls!

When I was studying Collins for the 2011 Worlds, he was learning it just for fun and became my only Collins sparring partner. It was a lot of fun learning words with him. He would always enthusiastically share a new word he played or learned in a game, sometimes giving me the alphagram to solve. He would often tell people that his last name had an anagram – ALDERMAN! He was truly a lover of words!

Jim took care of his elderly mother for many years until her death a few years ago. Jim’s mom was known for making delicious “no-bake” peanut butter cookies that were a staple at our local tournaments. Jim was also a veteran, having served in the army. He was originally from Michigan and was laid to rest there alongside his mother.

I hope Jim knew how much the Phoenix Scrabble® community loved and respected him.

Jim was one of the nicest guys in the Scrabble® world. Aside from his competence at the board and pleasant personality, Jim was a pioneer of Scrabble® list making.

Many were the times over the past three decades of our acquaintance that I requested his invaluable help. These tasks ranged from special lists, to designing word games, to reprogramming my computer.  Jim would always cheerfully oblige, and I always had 100% confidence in the accuracy of his efforts.

I owe Jim Lamerand a huge debt of gratitude, and I regret that his premature passing will not allow me to tell him in person. Hopefully, this short tribute that I am sending to our little Scrabble® community will serve as a testament to his memory and achievements.

Of Scrabble® historical note: Jim was the first person to digitize the OSPD1 with *all* the words. That meant it matched Word List Master General Joe Leonard’s hand count of all words. Always gracious, never heard a mean word from him. We befriended one another in the early 80’s, perhaps initially at the Grand Canyon tournament, and he was keenly accommodating in helping computer-generating various word lists. The “velobound” “The Bingo Book,” was one such early example. I’ll go so far as to say that all word study tools the past four decades owe a debt of gratitude to Jim’s seminal work. Much beyond that, he was a “nice guy,” and in this day and age, “nice” is a precious commodity. Save me a game, Jim!

Jim was the true meaning of a gentleman and a scholar. And one heckuva Scrabble® player. Always had a smile, never said an unkind word about anyone or anything, and always loved to give you an anagram to figure out! He will be missed here most greatly in the Phoenix/Scottsdale Scrabble® communities and I will always remember him very fondly.

Black Lives Matter! This phrase calls on our communities to acknowledge the reality of pervasive structural and individual racism and to combat it in all its forms. These turbulent times demand that we reflect on our biases, have difficult conversations, and take action to root out prejudice, bigotry, and injustice in our world.

Support Change: Although WGPO is simply an organization of gaming enthusiasts, we cannot ignore our moral responsibility to address injustice and, if necessary, make appropriate structural changes in our own organization. The WGPO Executive Committee (EC) and Board of Player Representatives (BPR) stand in solidarity with members of the Black Lives Matter movement in their efforts to eliminate racism in North America. To support these efforts, we have made individual donations to various local and national groups doing this important work. If you feel called to join us, plenty of great organizations could use your financial support or volunteer efforts. As individuals we can support this movement.

WGPO Expectations: As a member-run gaming organization, our mission is to foster an open, safe, and welcoming environment where players can expect to be treated with consideration and respect regardless of race, religion, age, disability, national origin, sex, sexual orientation, gender identity/expression. We take this part of our Tournament Expectations seriously, and ask players to report any issues of bias, harassment, or discrimination at a WGPO event to a tournament director or a member of the BPR or EC as soon as possible. Find a list of BPR and EC members at http://wordgameplayers.org/about/contact-us/

Your Input Wanted: However, we recognize that there is still work we can do to meet our commitment to eliminate racism and other types or bigotry in our organization. To this end, we have developed a short survey to solicit feedback. It will include open-ended questions asking you to share your experiences with WGPO and the broader Scrabble community; and to recommend specific actions the WGPO community can take to meet these goals. It is especially important to hear from persons of color, and members of other traditionally underrepresented groups. Your responses are anonymous. You can fill out the WGPO Survey on Inclusion here by July 10th, 2020. An executive summary that removes any personally identifying details will be shared with the BPR, EC, and membership. Suggestions are always welcome by email at ec@wordgameplayers.org or on our Facebook page.

Finally, we want to acknowledge and support the recent statement by John Chew, CEO of the North American Scrabble Players Association (NASPA) on the Black Lives Matter movement. Following his statement, he also included a proposal to remove certain slurs from the list of acceptable words used in NASPA tournament play. Members of NASPA’s leadership have invited feedback from those interested in Scrabble, regardless of organizational membership. Here is a link to their survey: NASPA Survey on Removing Slurs. Members of the WGPO leadership are following this discussion, and encourage our membership to add their voice to this discussion if they haven’t already.