2.    Executive Session  Steve identified the need for the Board to document certain types of sensitive issues with discretion. Disciplinary charges require the Board to investigate charges and complaints, gather information, and document concerns. In order to maintain privacy during this phase of the process, the Board met to review a potential disciplinary action. Members reviewed concerns at length and assessed possible WGPO action at this time. The Session closed with agreement that action would be needed and authorized Steve to pursue coordinated efforts with other organizations.

4. School Scrabble Planet Word Event: Steve Pellinen has been invited to participate in the School Scrabble Championship event, May 14 – 15, in Washington D.C. to assist with the event layout and logistics. It will also provide an opportunity for Steve to meet with new Hasbro executives. Will Anderson, representing Scopely, will have his expenses covered.

Action: Board approved use of WGPO funds for Steve’s lodging and travel for Planet World School Scrabble Championship (Helen/Laurie).

5. Director Software: Bennett identified the need for continued support and updating of Director software that is used for managing tournaments. He suggested that perhaps WGPO could look into taking over these responsibilities. Discussion included assessments of other software products that have been used for tournaments. All agreed that the software needs to be director-friendly and of course accurate. CoCo is in the process of developing a new software, and it might also work for WGPO.  Officers will check to see what other efforts are underway, with the Woogles team, among others. It would be beneficial for the software to tie into the Reinke’s website revision work as well.  Steve agreed to contact Mark Levesque.

6. Fundraising Committee Report: Helen noted that the Fundraising Committee has determined that its goal is to raise funds to help cover WGPO Inc. administrative costs.  Given the infusion of CCSFF funds for prizes, tournament entry fees should fully cover tournament venue and associated costs.  Therefore, we will no longer contribute additional funds to increase prize amounts, as we have done in previous years.  With this amended focus, Committee members are doing wonderful things. Stay tuned!

Steve provided a detailed summary of finances to date in advance of the meeting.  Some items listed are one-time expenses related to incorporation, IRS filing, etc.  Insurance and some other items will not change much from year to year. Some other items are difficult to estimate; legal fees, for example.

Bennett requested that the Board estimate amounts of CCSFF prize funds that will be allocated to the three regional tournaments that he is trying to schedule.

Members suggested that the total prize for each of the three regional tournaments needs to be substantial. Tournament directors need incentives.

8. COVID Update: COVID infection news remains unpredictable. Board members discussed whether or not to further amend the Updated WGPO Tournament Rules. Consensus was to take no action. 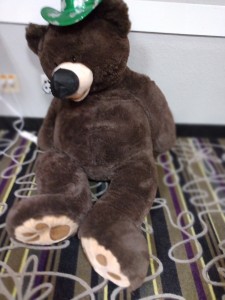 After a two-year delay, we convened in Bloomington for Greeneye III.  It was well worth the wait.  When you think of March in Minnesota, balmy spring weather doesn’t usually come to mind, but it was certainly springlike last weekend.  Nonetheless, 33 of us spent many sunshiny hours in a windowless room playing 23 games over two days.  Director Mike Johnson did his usual fine job of keeping us going.  Co-directors Steve Pellinen and Jason Vaysberg were big factors in the tournament success as well.

On or before the end of Game 22, the winners had clinched  their victories.  Laurie Cohen did it in Division A, Fran Galt in Division B, and Rasheed Balogun in the Collins Division.

I hope we don’t have to wait two years for Greeneye IV.

Players were camera shy, but Paddy had no choice.

These requirements amend and supersede Updated Tournament Rules issued by the Board of Player Representatives (BPR), effective  September 1 – December 31, 2021. Rules apply to sanctioned in person tournament play only. Standards for resuming local WGPO Club play shall be determined by individual clubs and directors.

1.   Directors shall conduct Tournaments that comply with federal, state and local health directives including Canadian, provincial and territorial directives.

2.   All tournament participants must be both fully-vaccinated for COVID-19 and have also received COVID-19 booster(s) as recommended by the CDC and/or National Advisory Committee on Immunization (NACI – Canada).  A booster is not required if the participant is not yet eligible to receive a booster. Either a printed or electronic copy of COVID 19 vaccine plus booster must be presented to tournament director at time of registration.

The tournament director retains the option to require masks regardless of tournament size.
Masks are not required at tournaments held in private residences or outdoors.

4.   Tournaments shall be held in venues away from public or congested areas, e.g., in a separate hall or room in a restaurant, community center, hotel, private home, etc.

5.   On the day of the tournament, each participant shall attest by signature to the following:

·        I am assuming all risks of attending the tournament.

·        I have fully cleaned and sanitized all equipment to be used in play.

·        I will practice safe hygiene and follow COVID-19 safety precautions.

6.   Directors shall provide hand sanitizer and cleaning wipes to participants.

Correction – Include Steve Pellinen as a 2022 Word Cup Director/Staff member.

2. Website update: WGPO tournaments are now listed on Cross-Tables. Charles and Thomas Reinke have already contacted Seth Lipkin to make sure that they are coordinating efforts and sharing information about the WGPO website revisions under development.

3. Donation Funds and Other Funding: WGPO annual funds are provided by the Carter Chapman Shreve Family Foundation (CCSFF), and we have been asked to use the official name or acronym when referencing the donation.
Steve Pellinen talked with Rick Wong, former Board member who has managed the Geezer Prize funds for several years. Rick will look into transferring the Geezer funds to the WGPO treasury.

4. WGPO/CoCo Word Cup update, fundraising, logos: The gold cup logo will be used for TWL WGPO materials, and the purple cup is the CoCo logo for 2022. The Board will ask Mike Johnson for the art work he had done for the Springfield Word Cup – a cup pouring out tiles – to consider reusing it in the future.

5. Insurance: The WGPO liability insurance policy is effective beginning March 18, in time to cover the Green Eye. Cost is $2,200/year and covers WGPO sanctioned tournaments in the United States, but it does not cover Canadian tournaments.

Steve explained that the insurance does not cover WGPO Scrabble clubs. Insurance is not feasible because of the many and varied club meeting locations, meeting schedules, and members attending.

Steve is working out several financial procedures for our new corporation, but Jan and Laurie will also be involved in financial management. Redundancy is especially important in this area.

Entry funds must be to WGPO, or transferred to WGPO. Bennett and Steve summarized the process used for Phoenix.

Steve asked the Board to authorize covering the PayPal service fees for all tournaments for several reasons: (1) It simplifies the math – for prizes it’s easier to use the nominal entry fee amounts like $160 rather than $154.68. (2) It avoids annoying players who need a refund if they have to drop out – their refund is $160 instead of $154.68. (3) PayPal service fees are not consistent. (4) The amount is not much and can be covered out of the CCSFF fund as it directly affects the prize fund. A tournament with 30 players would have another $100 – 200 in the prize pool.

Action: Board agreed to cover PayPal fees for tournaments as part of expenses.

7. School Scrabble – WGPO Board agreed to donate up to $10,000 to help with expenses for the May 13-15 Washington D.C. School Scrabble tournament to be held at Planet Word.  Will reported that the event will have a middle school age division and a high school division.  WGPO representatives met with Megan McCort, Hasbro representative.  WGPO will sign the contract with the facility so that our insurance covers the event.  Hasbro is also providing financial support for the event. NASPA has agreed to have a NASPA Director for the event.

Note: Stefan Fatsis has an article in the Wall Street Journal about the new Hasbro CEO.

8. Reimbursing Directors of Major Tournaments: Board members discussed the expenses that Directors incur for major tournaments. In the past Word Cup Directors have had lodging provided and some travel costs.
Members noted that WGPO has lost some active tournament Directors, due to age, illness or personal considerations. We need more directors involved, and WGPO should provide incentives for the important work that they do.
Action: Approve reimbursement for Directors of 4 major WGPO tournaments (Word Cup + three regional tournaments), to cover travel expenses (capped at $500) and lodging (Jan Cardia/Laurie Cohen).

9. Messages/Announcements for Membership: The Board discussed whether or not to have a vetting process for comments on the WGPO Facebook page. Deborah Baggett monitors the site well. Consensus was to take no action at this time.

10. Tournament Age and Health Considerations: Board members discussed the need to allocate additional tournament time for members with health issues. We currently allow an extra five minutes for players with certain health concerns. Some also have conditions that may require bathroom breaks mid-game. Rules will address such issues. Board members concurred that when a player urgently needs to leave the playing room, the clock may be stopped.

11. Donation to Cross-tables: Board members expressed appreciation to Seth Lipkin for including WGPO tournaments on Cross-table.

13. Word Cup 11 and 2022-2023 Tournaments:  In advance of the Board meeting, Bennett outlined a WGPO 2022-2023 Tournament Tour Proposal.  Detailed discussion and suggestions followed.  Topics included the possibility of additional co-hosting these events with CoCo. There may also be prize money for the overall tour winner based on a formula Will is working on. Will is also looking into the possibility of Scopely adding prize funding.

Action:  Board members approved the following:

* WGPO will run four major tournaments (including the Word Cup). Each stop will be in a  different region of the country.

WGPO tournaments are now listed on Cross-Tables along with their regular listing here in Upcoming Tournaments.

Barbara VanAlen and Larry Rand have retired from directing after many years and many tournaments.  Bennett Jacobstein organized and directed this year’s Phoenix President’s Weekend tournament.  A highlight was a tribute to Barbara and Larry.  Laurie Cohen gathered thank yous and pictures from many players, put them in scrapbooks and presented them to the couple.  Here is a link to an electronic version:  Scrapbook