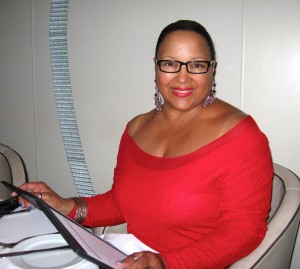 We lost one of our stellar players Thursday.  Denise Mahnken succumbed to Kreutzfeldt-Jakob disease.  Those of us who encountered her at tournaments remember her for her friendly and fun-loving spirit.

Denise began her tournament career in 2001 in New York, and plunged in enthusiastically.  All told, she played 4,210 rated games (NSA, NASPA, and WGPO), winning about half of them.   Her final tournament was in Cabo San Lucas in December of last year, ending with a rating of 1178. 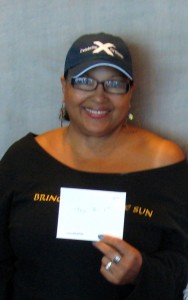 She won a prize

These pictures are from VanRand archives.

Wisconsin Dells is hone to no Scrabble® clubs or tournament players, yet every year it is home to one of the longest running tournaments in North America.  Some great players have made their debuts at the Dells (John O’Laughlin, Rob Robinsky, et al), and many of us have fond memories of our experiences at this event started by Dan and Robin Proud back in the early 1980s.

It can’t be said that the thirty-second annual Wisconsin Dells tournament went off without a hitch. We were moved to a new room in Chula Vista Resort this year, and it wasn’t an upgrade. Mountains are several states to the west or east, and our Sierra Vista room would more aptly be called the Parking Lot Vista (Estacionamiento Vista?).  However, given the too hot, too cold, rarely just right temps forced on us by a very maladjusted HVAC system, Carol Gibbs came up with the best name for our new digs – the Menopausal Room.

Despite the thermodynamic challenges, a lot of Scrabble® did get played.  Two Early Bird divisions were won by Mike Johnson and Julia Bogle. This was Mike’s first Division 1 win. The four division winners in the WJ2 Main Event were Jason Vaysberg, also his first Division 1 win; Steve Hartsman Division 2; Julia Bogle Division 3; and Linda Stratton Division 4.  The Collins Event was won by Rob Robinsky, who won his last five games to close it out.

Three players made their tournament debuts this year – John Pellegrini, Pat Yovonovitz and Chris Palahniuk (all from the Twin Cities), with John winning a performance prize for his sixth place finish in a 14 player field. There were also two obvious stars over the weekend. Julia couldn’t have done much better, winning both of her events, and Jason’s 11-2 record was four games better than his nearest competition in Division 1. Very impressive results.

The Phoenix One Day results, prizes and ratings are now available at the Word Game Player’s website, http://wordgameplayers.org/ratings/index.php?c=pu&a=tr&tournamentID=394&ratingType=Standard

Congrats to all players who attended.  Daniel Ahrens, Norine Ahrens and David Weiss, from Albuquerque, played in their first Phoenix One Day event.  : )
Special thanks to the club members who brought all of the delicious food and beverages for our lunch break.
Two fun prizes were conducted for the morning and afternoon sessions.  In the morning, Martin Janowski and Laurie Cohen played the highest scoring plays “beginning with O,” “outages” and “orrises,”  respectively.  In the afternoon, the fun prize was “ends with an r.”  Zach Simon played “equator” (130), and Laurie recored “negator.”
He didn’t mention the colorful shirt contest, which must have occurred if the SmugMug pictures reproduced here are accurate. 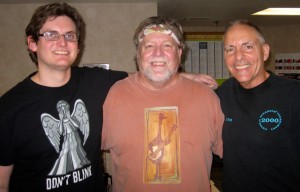 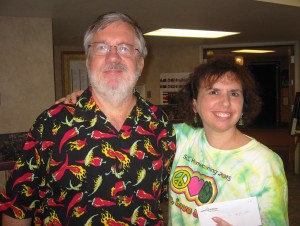 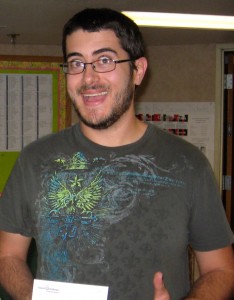 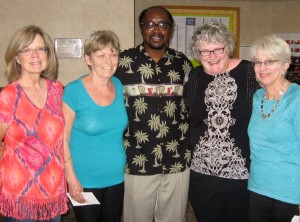 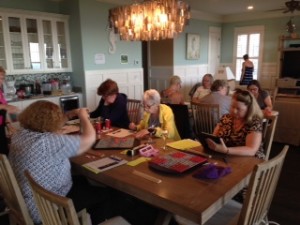 Just to prove they actually do get down to business, here’s a peek at a tournament session.  Lynda Finn won with a 13 – 3 record, followed by Nola Hembrook at 12 – 4.

Notes from Peggy Grant:  “Another year of GRITS is in the books…and a great time was had by all. Sixteen wonderfully diverse, fun-loving women from all across America arrived to our luxury beach house in Garden City Beach, SC  for our sixth annual meeting. The food prepared by our home chefs and local restaurants was scrumptious. Time was spent in the surf, on the beach and in the pool and hot tub. Free time included playing miniature golf, billiards, Texas Hold’ em, Balderdash, reading, and of course, Scrabble®. Even the threat of Hurricane Joaquin didn’t dampen our spirits. We already look forward to GRITS VII in 2016.” 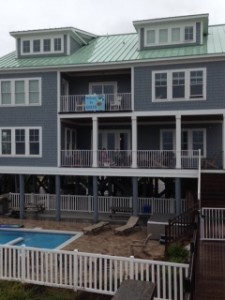 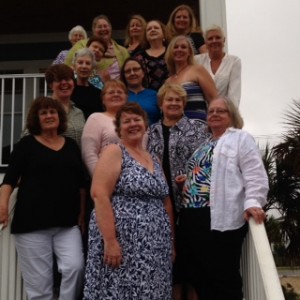 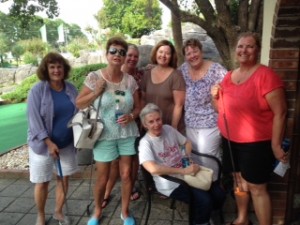 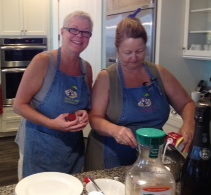 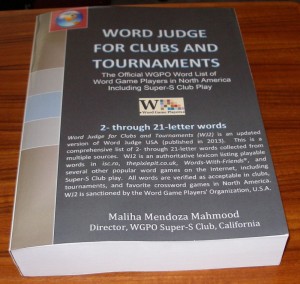 Here’s the printed word list – all words with 2 – 21 letters allowable in WGPO tournament play as well as Super-S.  The printed list is available from Amazon.com.  Author Maliha Mendoza Mahmood has pledged to give all royalties received from the sale of the book to WGPO.  Don’t want a hard copy?  There’s an app available for free download at http://www.wgpo-wj2.com/.  There are Apple and PC versions.  The app has been revised to correct earlier misjudging when extra spaces were entered.

A Questionnaire was distributed to those attending (40 attendees).

Keith invited attendees to voice their concerns and comments about WGPO, and responded. Brief notes are below.

What do you like most about WGPO / additional comments?