2. New rating system update: Mike reported that the new ratings system is going well; ratings are now updated within days of the tournaments. There have been some issues with directors not using the new system on the website. A How-to user guide was sent to directors, and it can be found on the WGPO site under director FAQs. Mike is doing a demo of the new system tonight. Winter gave information about the database and code used to report and update ratings.

3. Collins committee report:  Winter said that one of his long-term ideas is to introduce the Collins twos into our lexicon. In the immediacy, Winter suggests that directors continue to offer Collins tournaments. Lisa suggests a Collins forum to build interest among players. The Minneapolis club promotes Collins through use of cheat sheet.

5. Phoenix Word Cup 2016: Larry commented that there will not be an early bird, offering a full day trip for $150 to Navajo reservation / trading post, the Grand Canyon, Sedona. There will be a  4-game late bird. Sat, Sunday, Mon, Tues, Wed, 7-7-7-7-3. Gretchen willing to do another talent show, and Bennett again will do trivia. Considering doing two lunches rather than one lunch and one reception. Keith suggested offering a Scrabble lecture again. Bennett suggested a ball game outing to Diamondbacks.

6. Word Cup 2017: Four options for host venues are being explored in different parts of the country (Melissa Brown-Western MA; Lynda-WI; Jeff Clark-MI; and Peggy Grant- Southeast). Oversight of the selection will be coordinated by Bennett, with the goal of an announcement at the February 2016 Phoenix tournament.

7. Kamen 2016 California one-day tournaments: Roy is the organizer, directors to rotate, will be WGPO tournaments.

8. Treasurer’s report: Received from Janice Kaye; a motion was passed unanimously to include in minutes:

Last year as of 9/13/2014 our balance was $4,658.80. Our balance today is $7,475.82.
INFLOWS include tourney donations from Phoenix, Madison, GRITS, Portland and Cabo; Private donations; Auction/Raffle/Sales; and overage from WC Madison.
OUTFLOWS include Word Cup donations, Webhosting, and Director entry to WC Portland.

10. WGPO Website: Without debate, thank you to Ruth for the Web site improvement and maintenance. 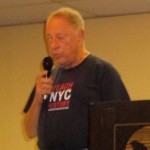 The Word Cup Talent Show included a variety of acts, including a Scrabble® history lesson from Jack Eichenbaum.  He subsequently sent this note:

If anyone is coming to NYC, I am happy to suggest tourism beyond the obvious and how to pay homage to the birthplace of Scrabble®, easily reached in 20-30 minutes by subway from midtown Manhattan. (There is lots of other stuff to see and eat in the same neighborhood.)
They can also follow this link to an article/photo about the Scrabble® street sign
http://www.nydailynews.com/new-york/queens/new-scrabble-street-sign-queens-commemorate-birthplace-board-game-article-1.160189
Dr. Jack Eichenbaum
Queens Borough Historian
www.GeogNYC.com 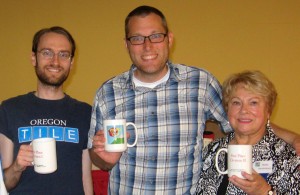 September 9 saw the conclusion of another successful Word Cup.  The players were terrific:  pleasant and easy-going, ready to enjoy the tournament and absorb the local culture.  Local player Carl Johnson took home the first place trophy in Division 1, Iowan Mike Johnson won Division 2, and Minnesotan Bobbi Hendrickson won division 3.  Other money winners are listed at http://wordgameplayers.org/ratings/index.php?c=pu&a=tr&tournamentID=318&ratingType=Standard, but we were all winners, enjoying good times with good company.  Here are a few photos. 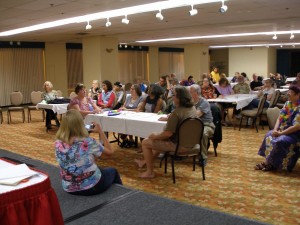 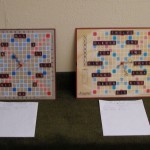 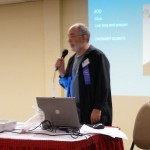 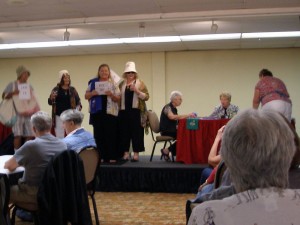 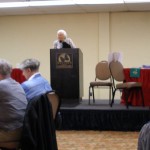 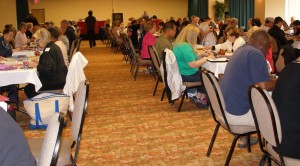 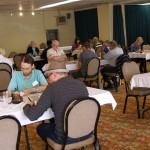 Word Cup V kicked off today with a coast excursion and an Early Bird tournament.  23 people rode saw the sights on a day that was about perfect for such an excursion.  28 players stayed behind and played eight games.  I stayed behind, so here are some pictures from the tournament. 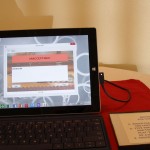 Word Judge 2 tells us if our plays are acceptable 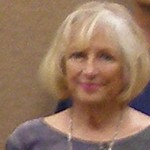 Irene Averell won her first five games, including a victory over top-seeded Cesar Del Solar, and nearly pulled off a huge tournament win, but succumbed to Bruce Ward in the final game and finished in Second Place, with more than double her expected wins total.

Complete results will be posted soon.

We had a total of 14 people over to our home to compete in a series of three one-day events. On Friday, 10 players played in a single division that included some nice upsets (Trish Coriden over MIke Johnson AND Carl Voss; Mary Krizan over Jason Vaysburg; and Carol Dustin over Lynda Finn) and some fun words. I still remember Lynda Finn’s incredible reaction when Jason extended YARDS to BEEYARDS for 42 points. Pictured below are Friday‘s winners including Jason Vaysburg (1st), Carl Voss (2nd), Trish Coriden/Mary Krizan (Tied for Best Over Seed) and Carol Dustin (center) for remaining Best Upset by Seed.