WGPO Committees and Board of Player Representatives Meeting

Keith called the meeting to order at 1 pm

1)  “cross-tables” update: WGPO would like to pursue having some of the features that are part of “cross-tables,” which only lists NASPA tournaments and player data.   Over a period of time, we might be able to enhance the ratings pages at the WGPO website and add tournament records and other data for posterity.

Budget: Steve gave a high-level overview of the tournament budget. He reported that fundraising is on track: the Fundraising Committee is approximately halfway to reaching the goal of raising $6,500.  Sixty-four people have expressed interest in attending the Word Cup.  At this time, there are six paid entries. Steve said that the breakeven point will be when the hotel has reservations for 80% of  the 200 room nights for which we are committed (i.e., a minimum of 32 rooms for five nights).

Publicity: Various forms of publicity were discussed, including:

Advertising: The group discussed buying advertising in the Last Word newsletter.   Larry moved that WGPO fund the advertising, Steph seconded the motion. Rick abstained, other board and committee members voted yea.  Motion carried.  Next steps:  Keith will email the Last Word editor for quotes on a quarter page and a half page advertisement in 4 issues, will cc Steve.  Steve will work on graphic format to provide for Publication.  Rick suggests including a link to the WGPO site in the ad to count the number of hits.

Other notes: Keith suggested leveraging literacy volunteer event tie-in.  Rick suggested considering other methods of communication, including Facebook.   Bobbi is preparing a list of things to do in the Twin Cities.  WGPO intends to make a donation to the Word Cup; amount to be determined by the EC within 7 to 10 days.

3)  2013 Word Cup update. Keith stated that planning needs to begin soon for next year’s Word Cup, with the goal of being able to announce the city of 2013 at the 2012 Word Cup this August.  A WGPO member has already suggested Colorado as site. To elicit suggestions from others, Larry will draft an announcement to be sent to members of WGPO, give them 1-2 weeks to reply with ideas for the tournament city.  The EC will make the decision, followed by the formation of a planning committee to be headed by someone who resides in the area selected.

4)  Nationwide tournaments. Janice Kaye reported that those who have passed the WGPO director test (@ 10 people) have not yet directed a tournament.  Larry reported that Philadelphia had the largest attendance of one-day tournaments in the past year.  Rick suggested sponsoring a mentoring program for new directors.

5)  Website. The group discussed content and format of the WGPO Website.  Different “wish list” items were discussed, including functionality of the ratings and tournament entry lists, showing the state next to entrant’s name, and indicating who has paid.  Keith has received web development ideas from the database manager, which he plans to review and prioritize after consulting with EC and BPR members.  The webmaster of the Twin Cities clubs has expressed interest in helping out with website.  Rick moved that Steph and/or Steve approach this individual about displaying content of the site.  Motion passed.

Additional note:   Larry mentioned that some edits need to be made to the member registration form, to follow up with Melissa.

6)  Outreach and Development. The group discussed WGPO’s need for more directors, a wider geographic base, mentors for directors, more volunteers, and outreach to clubs.     Incorporation is to be formally considered at some point.  It has been shown that we continue to get new members when new tournaments take place. Regarding reaching out to the wider base of word game players, Rick mentioned that millions of people are playing   Words With Friends; there is an opportunity to figure out where to go with this.  Other potential members include people who play in online tournaments.  There are publicity opportunities, for example, running tournaments for the benefit of a charity.  Discussed making tournaments available and accessible to new players, for example, having 4- game tournaments in conjunction with 8- game tournaments.  Rick will work on drafting a message to WGPO members regarding development opportunities.

7)  Logo contest. Steve motioned that the group have a  WGPO logo design contest, with the prize being free entry to the Word Cup.  Steph seconded.  All voted in favor.  Janice to draft the message and send to Keith for editing.

Keith adjourned the meeting at 2:40 pm

That Article IX, Section 3, be amended as follows (revised wording between asterisks):

Please vote one time for each proposal.
Proposal 1. WGPO tournament directors may offer approved invitational tournaments (with further definition and approval requirements to be determined)

By vote of 5-0, the Board of Players Representatives has recommended a change in the by-laws to liberalize the rules for individual competition and provide greater operational latitude to club directors in the conduct of tournaments.  This proposal has been reviewed by the Executive Committee and forwarded to the Nominations and Elections Committee to prepare a resolution for a vote of the membership.  The Nominations and Elections Committee has prepared the following resolution for the consideration, and established a voting period of ten days, commencing Monday, December 12-2011, and ending Wednesday, December 21, 2011.  The members’ decision on this proposal will be determined by a simple majority of votes cast during the election period.  Public comment will be accepted on the WGPO listserv any time between the receipt of this announcement and the beginning of the election.

Comments from the membership are encouraged to provide interest and members’ views on the government of our group.  As always, we request that comments be submitted in a reasonable fashion, and restrict themselves to the subject at hand.

That Article IX, Section 3, be amended as follows (revised wording in italics and underlined-no wording has been deleted):

(3) WGPO-approved tournaments normally shall be open both to WGPO members and to players who are not WGPO members if those individuals agree to abide by the tournament rules and ethical standards of the WGPO.  WGPO tournament directors and organizers also may offer invitational and members-only tournaments. 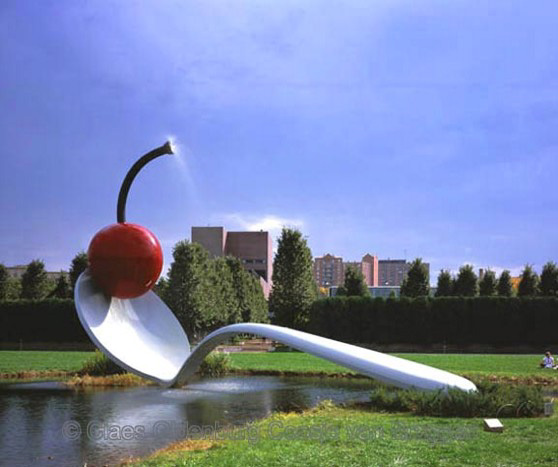 Notes: This event includes a catered reception, multiple seven-game “early birds” in a variety of formats (pairs, speed, clabbers, open), and a 31-game main event. A block of 40 rooms is set aside at the low rate of $103, and a provisional “commuters fee” of $50 is in effect.  July 1 is the deadline for entrance fee payment without a $20 late fee. See tournament flyer for important details. See also the upcoming tournaments page.

There is a Word Cup Fundraising page being set up by the Twin Cities/MN Scrabble Club to help increase prize levels and visibility for this event. Check out this site for more information.

Bobbi’s Sampler of Things To Do

As a start to the goal of moving the WGPO Word Cup around the continent, the 2012 version will be held in Bloomington, Minnesota, on August 3 – 8. Event details still need to be worked out, but there likely will be an Early Bird on Friday, August 3, followed by a five-day, 31 – 35 game Main Event, similar to this year’s Word Cup in Reno.

The tournament will take place at the DoubleTree Hilton Hotel Bloomington – Minneapolis South, just a few miles from the Twin Cities International Airport and Mall of America. Free shuttles to and from those locations, from which light rail connects to downtown Minneapolis, Target Field (Minnesota Twins) and places between.