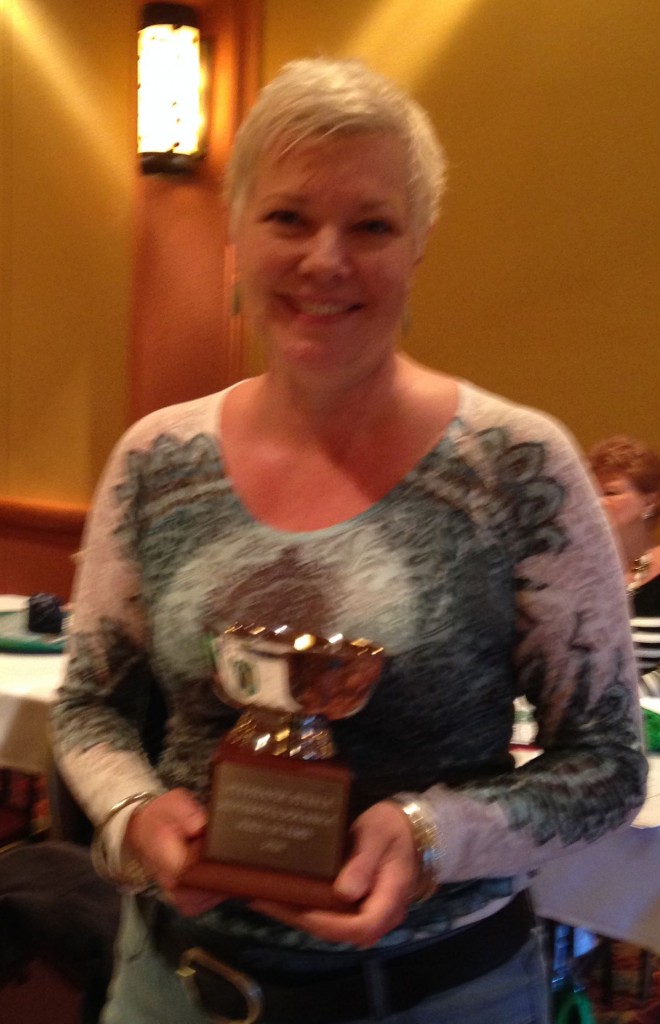 Oct 10 – 12, 2014.  Wisconsin Dells, 31 years and counting.  First under Scrabble® Players, then under NSA, then under NASPA and now under WGPO auspices.  Some things change, but it’s still Scrabble®, still a great group of players, great fall colors and often great weather.  It’s even enough of a home away from home for Minnesota players that we took advantage of Stephanie Steele’s last minute attendance and inducted her into the Minnesota Scrabble® Hall of Fame.

After hours found players sharing meals together, trying their hand at some informal Collins games with cheat sheets, sampling local beers and cheese, doing a special Dells-themed crossword puzzle created by Steve Bachman, or trying their hand at the hilariously depraved Cards Against Humanity.  A silent auction ably run by Helen Flores raised over $400 for next year’s Word Cup in Portland OR. 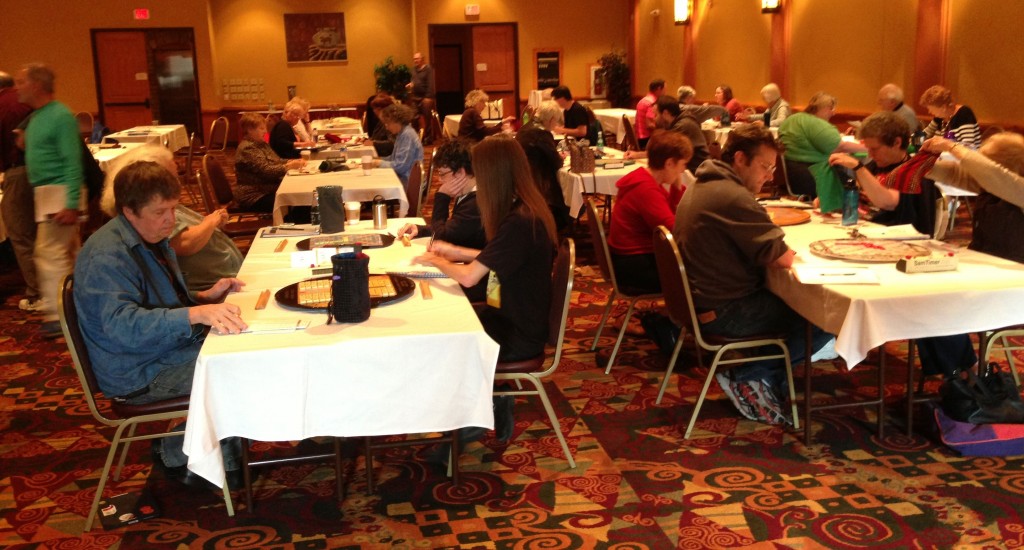