Voting for WGPO Executive Committee and BPR will begin on December 1st. If you have registered to vote you will be sent, via email from electionrunner.com, a link to an online ballot.

There is still time to register to vote if you have not already done so. Register here: https://goo.gl/forms/EOB0oNInin4x3GUE3. Registration will remain open through December 13. You can vote online up to December 14th.
There are two candidates for the two positions on the Executive Committee (Mike Johnson and Steve Pellinen) and three candidates for the three positions on the Board of Player Representatives (Helen Flores, Laurie Cohen, and Maurice Ross).

Dear Friends,
I am running to be a member of the Executive Committee of WGPO. For those who might not know me, I have been an active WGPO member and player since 2011, and have participated in at least 50 WGPO tournaments in 10 states (and now two lexicons). I directed my first WGPO tournament back in 2013, served as Ratings Chair and been a Representative to the Players’ Board over the last two years. As an independent players’ organization, we are dependent on active membership and volunteers to thrive. Because I believe in our mission to “play fair, play often, have fun,” I hope to continue that volunteer work on the Executive Committee.

I am proud of the work the BPR, EC, and WGPO Committees has done in the last two years. My work has included traveling to train and support new directors, directing the first major WGPO tourney in New England (with the largest WGPO Collins field ever!), and assisting directors navigating the WGPO ratings system. The BPR also had to address some sensitive issues that required us to develop a set of more formal policies/processes for addressing potential rules/conduct violations and player eligibility in a fair manner. I hope our collaborative work over the past two years will help guide new BPR members during disciplinary decisions that may come up later.

As we look to the future, we still have great challenges and opportunities. These include continuing to expand our tournament offerings east of the Mississippi and building organizational infrastructure to support WGPO (and Scrabble at large) in the future. To do this, we need to find new ways to support new/continuing directors, and bring new volunteers into our organization. As a member of the EC, I hope to better engage the wider membership by recruiting and recognizing volunteers to collaboratively work with the EC/BPR on both formal and informal committees. If elected to the EC, I also plan to more deeply investigate incorporating WGPO as a legal entity. In particular, I want to jointly explore the benefits/costs of incorporation as a way of reducing liability carried by our tournament directors/organizers.

I would appreciate your vote, and look forward to working, playing, and enjoying our upcoming time together. 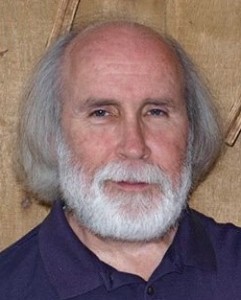 The Executive Committee is responsible for managing the day-to-day affairs of the organization.  I think I can do that, given my background as a small business owner and, more specifically, my previous involvement in various roles in WGPO, NASPA and NSA.

I’d also like to find a way to revive the North American Scrabble® Tour (NAST) in a way that could include all players in all organizations.

Plus, I have some other thoughts…

Wouldn’t it be nice if:

1.  WGPO and NASPA worked together to serve the players and expand the membership?

2.  WGPO and NASPA buried the hatchet and got everyone back together under one roof, for the good of the players?

3.  WGPO were recognized and authorized by WESPA, Hasbro, Mattel and MSI as a promoter and ambassador of the game?

4.  Colleges became the incubators of our membership?

5.  The Collins or other world English lexicon would be adopted by all organizations so that players from all countries could play each other anytime and anywhere?

These are some of the thoughts I carry with me most of the time.  If we don’t collectively come together on these issues, if we only want to maintain the status quo, I think we will slowly fade away.

Elaboration of points 1 – 5 above:

1.  Both organizations exist to serve the players, not the other way around.  Assuming we want new players to join us, that will work much better if each organization treats the other with respect and appreciation, and if we join forces on issues of mutual interest, such as rules, lexicon, conduct, ratings, championships, etc.

2.  Both organizations can continue along their separate paths, mostly ignoring, sometimes disparaging the other.  Neither needs the other.  But we don’t have large memberships and, from my experience, it seems most players would prefer there be one organization that serves all players.  Based on history, this will likely take a lot of work, and admittedly would require more changes in NASPA’s governing structures than in WGPO, unless the very reason for WGPO’s existence (player governance) somehow disappears.

3.  “Recognized” would be fine on its own, but “authorized” seems to be an unfortunate requirement in the context of trademarks and other legalities.  But I’m fine with just the former if we can make that happen.  I’m not a fan of being under the corporate thumb or being beholden to the trademark holder, though I am okay with respecting and protecting the trademark as required.

4.  The existing school programs are great, but I would like to see much more happening on college and university campuses.  Many young adults in a learning mode and environment are mentally ready for competitive play.

5.  I’m quite familiar with the lexicon issues, having been involved with them to varying degrees since 1993.  It’s one more way we are divided. Personally, I would like to see all of English Scrabble® playing with the same lexicon.  We seem to be slowly moving in that direction, but it probably won’t happen completely until a majority of players want it.  I’d like to see more players give it a try – everything they already know will still work, and the easy-going challenge rule and, in some cases, cheat sheets, make for a pretty gentle introduction to what I think is a more interesting and fun game, which in the end is what pulls most players in. 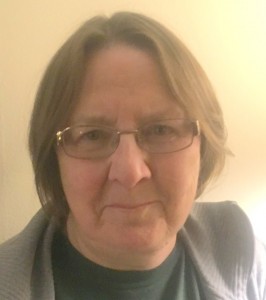 Two years ago I agreed to run for a position on the BPR, naively expecting to simply welcome and schmooze with members, raise tournament funds and represent players with less than stellar ratings. However, during my tenure, the BPR has been asked to review challenging incident reports, investigate alleged rule violations and determine disciplinary actions. While I did not anticipate these duties, I performed them as fairly and objectively as possible.

I wish to continue on the BPR, schmooze much more and help raise funds. More importantly, I hope to reduce conflicts and misunderstandings, help tournament players understand rules and promote WGPO and the game of Scrabble. As a member of WGPO from its inception, I strongly support its focus on being a democratically run organization where the members have a strong voice.  If I am elected as a member of the Board of Player Representatives, I would be honored to represent the members of my region and ensure that their voices be heard.  I support the right of people to play using both the North American lexicon (TWL) as well as the international lexicon (Collins).  I support the expansion of Collins which I believe will allow more North American players to compete overseas and will attract more players from around the world to participate in North American tournaments.  I also believe in supporting innovation, including new ideas for tournament formats.  I would love to see growth in the number of WGPO tournaments offered around the US, Canada, and internationally.  I would also support a formal process for recognizing the accomplishments of WGPO players and directors.   I look forward to playing a hand in making WGPO be even better and stronger than it is today. 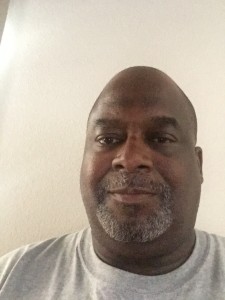 I would be honored to represent you by serving as a Board Player Representative.  I began playing organized Scrabble® eight years ago and have enjoyed traveling all over the country playing in numerous tournaments and making new friends.

I believe that the voices and viewpoints of all players should be heard regardless of skill set.
I believe our top priorities should be as follows:
•  Increase the number of WGPO tournament offerings.
•  Expand tournament offerings to include all geographical regions of the USA.
•  Recruit, train, and mentor players to serve as tournament directors.
•  Actively recruit the next generation of Scrabble players.
•  Promote Scrabble® as an in person competitive and social event.
•  Increase prize offerings for players in the lower divisions.
•  Work towards healing the rift between WGPO and NASPA.
•  Play Scrabble®, Make New Friends, and Have Fun!
Thank you for considering me for this position of responsibility and trust. I hope to be provided with an opportunity for service to you and our organization.

← Grand Canyon – As Grand as Ever
Election Results are in – All candidates won! →