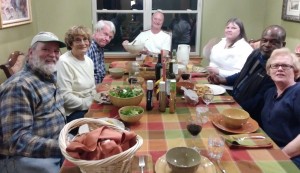 Despite the predicted icy weather, twenty-four Scrabble® players traveled to Monument, Colorado about an hour south of Denver, for the Third Annual MONUMENTAL SCRABBLE® Tournament and Thanksgiving Luncheon. Out of state players Maurice Ross, Kirsten Gwilliam, Wally Schultz, David Biswell, and Susan Beard (with husband Peter) arrived Friday night for dinner and pre-tournament games, and all helped with the set up for Saturday.

Saturday‘s tournament included prizes for Best Autumn/Thanksgiving word in each division: AXMEN by Wally Schultz (NM), VITTLE by Diane Waldman (CO), and YAM by Kirsten Gwilliam (UT). Another prize in each division was for most letters used from PAM and CINDIE (a,c,d,e,i,i,m,n,p), in honor of members of the Colorado Springs Scrabble Club, Pam Clausen and Cindie McGinnis, who passed away in the last 18 months. Mary Parrish’s KERAMICS and Steve Braun’s DECLINES both used 5 of the letters, while Jim Sherrill’s PLICATED used six letters. 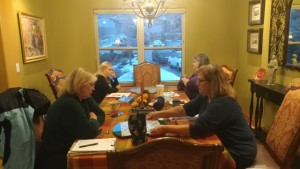 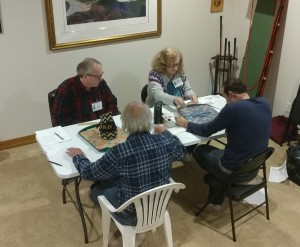 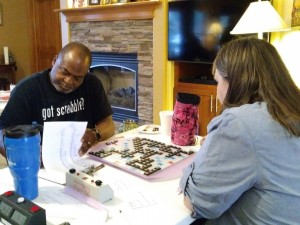 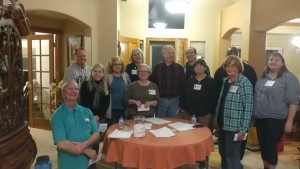 A special thanks to Mem Mormon who made the name tags for the tournament and delivered them even though she was sick and could not play, and to Gage Parrish who was volunteered to do the data entry and spent hours deicing the driveway with salt and walking people to their cars.
Hope to see you all next year. Mary Parrish