It was another fun-filled 31-game event.  Those of us who don’t think 31 games is enough played in a 7-game early bird as well.  In our spare time, we basked in the South Florida sunshine (and occasional rain) and enjoyed beautiful Coral Gables.  As usual, we had evening events attended by most players and some additional guests.  These included a reception, two trivia nights, and an open membership meeting.

As the dust was settling in the main tournament, David Gibson in Division A was Gibsonized (appropriately) after 28 games.  Winter was declared the Collins Division winner after 28 rounds, but rounds 29 and 30 were the conclusion of a round robin, so he wasn’t Gibsonized until the final round.

At the finish, Ben Lam was the Division B winner and Billy Nakamura won the cup in Division C. See http://wordgameplayers.org/ratings/index.php?c=pu&a=pt for complete results.

A lot of volunteer effort went into organizing and running the tournament.  Maddy and Roy Kamen and Steve Pellinen were the main organizers and directors.  Larry Rand volunteered to do data entry.  Helen Flores organized the silent auction.  Peggy Grant sold raffle tickets.  I think at least half of the attendees helped out in one way or another – many of them financially.  Gene Tsyzka and Mike Stevens couldn’t join us, but they donated boards for the raffle.  I’ve probably left out some important contributors, but my point is that our tournaments are a group effort and a labor of love.  When we get together, we enjoy each other’s company while doing our best to trounce our opponents. 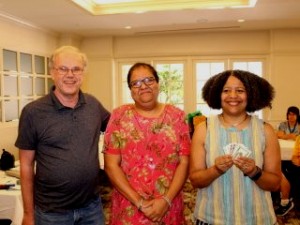 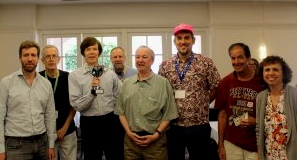 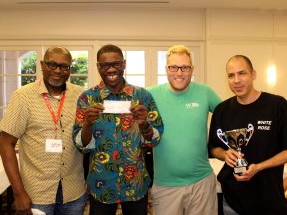 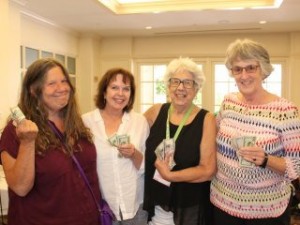 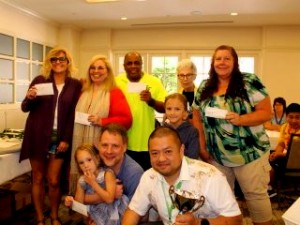 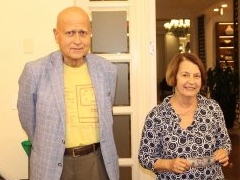 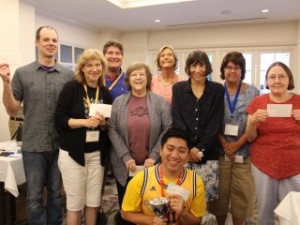 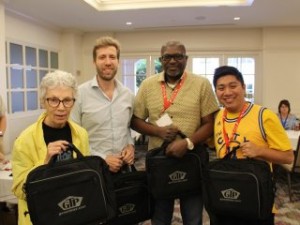