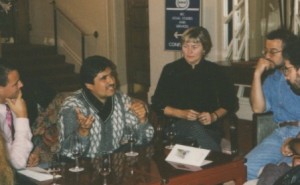 Due to the continued uncertainty regarding the ongoing Covid-19 pandemic, the Directors of Word Cup 10 and the WGPO Executive Committee have decided to once again postpone Word Cup until next year. The new dates for the Word Cup Main…

END_OF_DOCUMENT_TOKEN_TO_BE_REPLACED

It is time for our annual election. Your vote matters. This year there is a referendum concerning the creation of an independent WGPO lexicon, as well as elections for an Executive Committee seat and 3 candidates for the two open…