Playing amongst the beautiful trees, the mighty (Jem) Burch stood tallest!
From Deborah Komatsu:
On June 12th, 16 players met up at Rancho Park in West Los Angeles to play Scrabble under a giant fig tree on a glorious Los Angeles June day. This was in stark contrast to our Al Fresco I tournament in January, which featured sporadic downpours and strong winds!  We were right next to a little league baseball practice and a big Latino family celebrating someone’s birthday – complete with mariachi music and a piñata;  Dave and Deborah decided that if we do another outdoor tournament, a piñata will be a MUST HAVE.
We had players who came from as far away as Orange County and San Diego;  many people who came to the first weather-intensive Al Fresco decided to come back!  So, either it was fun despite the weather and/or people are really desperate to be playing in person again.  Regardless, it was a great day and definitely worth the effort.  Many thanks to Dave Postal for sitting out to be our Director, and to David Pearl who provided his computer and other moral support.
One other special thing about this tournament:  Brian Nelson and Dani Roter tied for D2 2nd place with identical records and spreads (4-2 +81).  It was a magical day.
Here is the rundown:
D1
1st place – Jem Burch (5-1 +601) – $75
2nd place – David Pearl (4-2 +183) – $50
3rd place – David Whitley (4-2 +0) – $25
D2
1st place – Tom Brown (4-2 +425) – $50
2nd place (tie) – Brian Nelson (4-2 +81) – $20
2nd place (tie) – Dani Roter (4-2 +81) – $20
SIDE BETS
Low Win – Elizabeth Ralston (365) – $15
Highest Point Summer Word – David Whitley – SAILBOAT (70) – $15
Highest Point Word that Did Not Use Any of the Letters of AL FRESCO – Zachary Ansell – XI (56) – $15 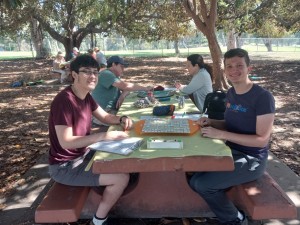 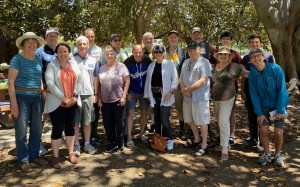 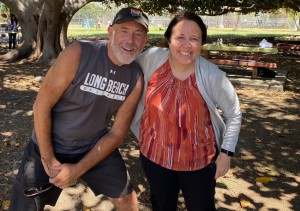