WGPO Executive Committee and Board of Player Representatives Meeting

Keith called the meeting to order at 8 am on August 4th, sending warm thoughts to Steph.

Word Cup 2015 (Portland OR): Ruth reported that next year’s Word Cup will take place beginning Labor Day Weekend 2015 in Portland, Oregon.  The Monarch Hotel contract has been signed; the playing room will be free if we spend $5000 on food. Ruth committed to filling 35 guest rooms; we must meet 80 percent ($99 a night per room plus tax; breakfast on your own). Dates: September 4 early bird, 5th thru 9th main event. Main Event director TBD (Rich Moyer will direct the Early Bird) … Steve volunteered to act as backup director.  There was discussion around breakfast options, to be continued. Janice suggested WGPO funds be used for comping the hotel room for the director; this was not passed. Also discussed the possibility of directors’ rooms being comped by the hotel depending on how many rooms were sold. Bennett volunteered to underwrite a social event. The number of games was discussed; Ruth has an idea for having Sunday afternoon free to do sightseeing etc., perhaps having 3 games in the morning, 3 in the evening, other options to be considered (e.g., having an alternate tournament Sunday afternoon). Larry is leaning toward 3 divisions rather than 4. Steve commented that an alternative is having more divisions.  There was some discussion about structure of place prizes and performance prizes. Keith suggested pushing registrations early, with incentive for early registration (e.g., free room as a prize). To be announced at the Town Hall Meeting Tues night and before the games start on Wednesday morning, with people encouraged to indicate interest on a tentative sign-up sheet. Seed money was discussed – this is a donation from WGPO funds for the director to use at his / her discretion. The EC and BPR agreed to grant Ruth $1500 seed money for WC2015. There was some discussion about attracting players from other organizations; the other major organization’s Nationals will be in Reno in 2015.

2016 ideas: Several possible locations were mentioned; to be further brainstormed and investigated.

2) WGPO membership as it relates to prize money

Larry stated that Phoenix next year will be open to anyone but if you are not a member you would be ineligible for prize money. Steve strongly disagrees in this concept. Rick believes that WGPO funds used should only go to members, but if people pay an entry fee they should be eligible for prize money. Ruth suggests automatically signing up anyone who plays in a WGPO tournament.
Ruth moved that to play in a Word Cup going forward, WGPO membership will be required. Seconded by Larry. 4 yeses, 1 no (Bennett), 2 abstentions (Steve and Rick). The motion carried.

The EC Term of Keith and the BPR Terms of Bennett and Susi are up this year.  Ruth offered to approach potential volunteers for an election committee. (Note added after the meeting: A Nominating Committee has been formed; members are Fran Galt, Sue Hoehn, and Leslie Millard.)

Web hosting:  Discussion around the language on the first page of member registration which is “legalese” and off-putting to potential members. Rick stated that this language might be required by the current web host.  It is the consensus among those with informed opinions that WGPO should get a new host. Rick was assigned to work with Dominick, Henry, and Dave Wood, to investigate and make a recommendation by October 1st. Until then do we want to strike the offending paragraph off the first page? Rick to research whether the language is a requirement of our present web host; deadline Sept 1st. Keith moved for a non-binding advisory vote that, if no problems are uncovered in Rick’s research, the EC and BPR agree to remove the language and replace with alternative language. Ruth seconded the motion. Carried unanimously.

Larry summarized the main points. Dominick recommends new hosting, stop using Word Press, new design, and other “wish list” items. Dominick is working on making improvements as recommended. The report includes information from Brian. Rick spoke about migrating from phpBB to an alternative system supporting membership with automation of rating results and updates; the existing site makes it difficult to move to that functionality. Steve asked about the feasibility of creating a parallel site; Rick said this depends on the web hosting. To be considered in Rick’s discussions with the tech committee. Rick also spoke about website innovation and change, which should be part of  WGPO’s 5-year plan. A versioning system is recommended, along with standardizing and socializing tournament prize money reports.

Janice reported that the WGPO checking account balance is now $4500.

Milestones: Keith commented that there are two milestone dates: January 26, 2010 was the date that Keith and Steph envisioned a new organization, and the Bloomington MN Mayday Tournament (May 1, 2010) was the first WGPO tournament. Keith stressed the significance of the fifth anniversary, and recommends a publicity campaign, with a tournament a month in 2015 (Reno and Redeye in January, Phoenix in February, Indialantic in March, etc.)

Plan for the next 5 years: Keith will put his ideas together and work with Susi on plan development.

Unanimously agreed: To avoid possible confusion for players in upcoming events, words in the 2014 edition of The Official Tournament and Club Word  List (TWL) will become effective Dec. 1, 2014, in WGPO-sponsored  tournaments. So, regardless of what organization sponsors a tournament, the start date will be the same. Directors or players with questions should contact Larry Rand or Keith Hagel on the WGPO Executive Committee.

Keith adjourned the meeting at 9: 30 am on August 5th.

Special thanks to Mike Johnson for taking notes during the general membership meeting in Madison, WI.

The general membership meeting began at about 8:30PM. Over 50% of the players were in attendance. Larry Rand moderated.

An informal poll was taken about the start time for the Main Event. There was overwhelming support for the 10am start time. It was noted that on the West coast an earlier start time might be appropriate and that the director should have the final call.

In 2015, the WGPO will celebrate its fifth anniversary. January 26, 2010 was the initial discussion of the formation of the organization by Stephanie Steele and Keith Hagel. The first WGPO tournament was held on May 1, 2010 in Bloomington, MN. 52 players participated.

What lies ahead for the next five years? Comments from individual players.

John Aitken (Cabo, MX) Expressed concerns about the aging of the membership. The organization needs to grow and more young players need to be pursued.

Denise Mahnken (SC) Spirit of the organization is young at heart.

Lynda Finn (WI) Add more local one days to reduce expenses for players who do not travel.

Cornelia Guest (CT) Suggested Meet-up clubs (meetup.com) as an option to expand the base and spread the word.

Julia Swaney (CO) Stated that she got her start at a meet-up club in CO, organized by Dave Goldberg.

• Available August 11 (or earlier). NASPA will implement the new list at tournaments on December 1. Club directors will transition as appropriate for their individual clubs. New 2s- 4s word lists available during transition. Mike Baron is working on an update of the “cheat sheet.”

• Questions regarding Zyzzva and Quackle updates (This question was answered online and both programs will be updated before December 1.)

Winter asked about WGPO’s Collins Committee. Lisa Odom, chairperson and Steve Pellinen were present.
Word judging with Collins + the new word list is an issue to be resolved.

There was a question about what rules the organization uses. WGPO uses the same rules as NASPA to avoid confusion for players who play tournaments in both organizations.

A question was asked by Vic Kaye (AZ), through Winter, about the eligibility of directors. Any NSA or NASPA director, who wishes to direct a WGPO tournament, is automatically a WGPO director. Players who wish to become new WGPO directors must take a test that is available from Janice Kaye. There is no fee to become a WGPO director.

Mike Johnson (IA) expressed regrets that he would not be able to attend because school will have already begun. It was explained that the Portland Labor Day weekend tournament was a 25 year tradition. The dates for this Word Cup will not set a new precedent for future events.

The meeting was adjourned at 9:30pm.

After the meeting, the members of the EC/BPR met briefly and came to a unanimous decision to begin tournament play with the new words on December 1, 2014. This was done to prevent confusion for players who play tournaments in both organizations.

This year’s Word Cup exceeded our high expectations.  It was competitive, well organized, well run, and most of all, lots of fun.  Lynda Finn has sent a complete report, with pictures, to the WGPO Yahoo Group list (if you’re not receiving these emails, click on the WGPO Yahoo Group heading and follow directions there) 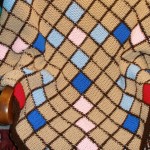 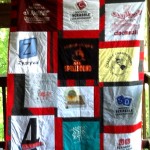 .  When I get home, I’ll be posting some pictures here, too.  There were many items in the silent auction, including those shown here.  Much money was raised.

Next year’s Word Cup will be in Portland, Oregon.  Details soon.

Some of us even won money.   We all had a good time.  Here we are posing after the awards ceremony.

Rick and Patricia Wong selecting the Friend of the Director winner. 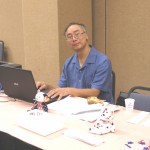 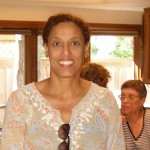 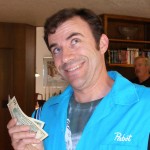 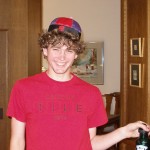 And Oregonians know how to enjoy it.  Only a trace of rain fell during the afternoon.  Several games were played in the sunshine on Scott’s patio.  I was too busy enjoying the ambience to take many pictures, but did manage to catch some of the winners.   Here are Joanne Manson, Tom Lackaff, and Noah Walton.

Scott Smith was our genial host. 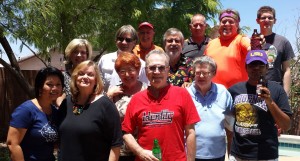 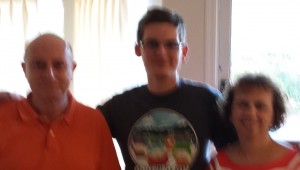 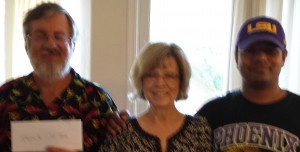